When Should You Repent? 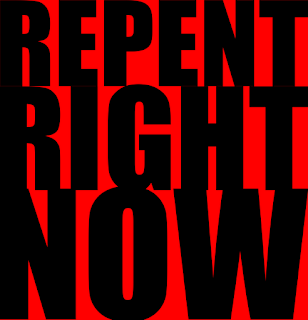 What is the key to long-term spiritual growth and change? Is it Scripture knowledge? Strong self-discipline? Perhaps a good family upbringing? Maybe seminary? All these things are good, but one thing stands out as the golden key to growth: repentance.

This theme rises to the surface across Scripture: "Repent" is the first part of the core message of Jesus in Mark 1:15 when He started His ministry. "Repent" is an oft-repeated exhortation by the prophets of old to backsliding Israel (ex: Ezekiel 14:6). "Repent" is the explicit command of Jesus to many of the churches in Revelation (ex: Rev 2:16). John the Baptist called his listeners to "bear fruit in keeping with repentance" in Matthew 3:8, and even Peter needed to be rebuked by Paul and called to repentance in Galatians 2. And finally: God desires all to repent (2 Peter 3:9) and calls all to repent (Acts 17:30).

What exactly is repentance? Pastor Ben Stuart describes it as "one motion, in two parts", turning FROM our sin, and turning TO God Himself. You could also say that repentance is admitting you are wrong, stopping your wrong behavior, and beginning to live differently. It's that definitive moment of humble admission, "I am wrong. God is right."

So when should you repent? Answer: REPENT RIGHT NOW. Continually. Immediately. It doesn't matter how much you've sinned, or how little, you should ALWAYS repent the instant God grants you the conviction and realization that you have been sinning against Him. This is the gift that God gives by His Holy Spirit, repentance that leads to refreshment in His presence (Acts 3:19-20). Your sin is killing you, it's a fast poison that requires immediate attention. The first step towards life and healing is repentance. And it's not a once-and-done act. Continual repentance is THE mark of the Christian life. Consider Martin Luther's famous first thesis in 1517, "When our Lord and Master, Jesus Christ, said "Repent", He called for the entire life of believers to be one of repentance."

Sometimes we think that we shouldn't or can't repent RIGHT NOW. Either we think we're repenting "too soon" because we convince ourselves we're not really sinning or we sinfully don't WANT to repent until we've received the promise that sin has offered us. OR we fear we've waited "too long" to repent, and it's too late. We've gone too far, God won't accept us back, not again for the thousandth time. Both are wrong! We've never gone too far in our sin to not be able to repent, and there's no safe amount of sin that we can try before we need to repent. Consider the example of David in his sins with Bathsheba and Uriah in 2 Samuel 11. David could have repented at ANY time in that whole chapter. Consider each verse as you read it, right THERE could have been the moment of repentance! But each time David chose to continue in his sin.

So let's get practical. Here's some examples of what repentance RIGHT NOW could look like:


Where is God calling you to repent RIGHT NOW? Is the Holy Spirit convicting you of a particular sin? Repent. Do not hesitate. Be swift in your obedience. Do it. "Repent and believe in the gospel." (Mark 1:15) God waits with open arms to cleanse you of your sin and welcome you back! Run to Him in repentance. Right now.

"give thanks in all circumstances; for this is the will of God in Christ Jesus for you." - 1 Thessalonians 5:18 ESV

One of the most powerful weapons in the fight to overcome sin and temptation is gratitude.

Does that sound strange to you? Something happens in our hearts when we become aware of God's blessing and erupt in thankfulness. It cuts our sin off at the root and weakens whatever self-justifying structure we had built up for our sin. The opposite happens when we choose to not give thanks, and instead become bitter and angry and grumble. Remember the Israelites in the wildnerness? Constant grumbling, constant sin. They're connected.

Gratitude sets our hearts in joy and thankfulness towards the Lord, recognizing His good gifts, and framing our sufferings as smaller in comparison to the weightiness of God's blessings. Suddenly our momentary feelings of loneliness one evening aren't so bad when we remember and praise God for the multitude of family and friends and church community that God has given us. Suddenly our momentary anger at not getting a parking place near Panera is cooled and seems insignificant when we remember that we own a car, have a credit card, are walking with functional legs, and are about to enjoy a fantastic meal. All God's gifts!

So here's the challenge: This Thanksgiving, write down a list of 100 things that you're thankful for. Sound like too many? Don't worry, it's easy once you get going. Here's a few categories to get your list started:

Fighting for Gratitude,
The Relentless Fight

PS: Why not start right now by naming 5 things you're thankful for today in the comments below, or comment on the Facebook post?
Posted by The Relentless Fight at 2:49 PM No comments: 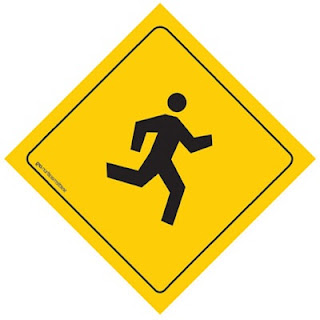 "Therefore, my beloved, flee from idolatry."

Sometimes the Scripture calls us to stand our ground and fight back against the Enemy, like in Ephesians 6:13. But when we are facing temptation, the Scripture doesn't tell us to stand there and take the punches. No, the command is to FLEE.

Does this strike you as strange? Wouldn't you instead expect the Scripture to say something like, "When you face temptation, just be strong and trust that God will help you fight it." Right? But that's not what the Scripture says. Multiple times we have the command to FLEE. Here are a few examples (emphasis added):
Don't be a hero in the fight against temptation. Jesus Himself warned the disciples, "Watch and pray that you may not enter into temptation. The spirit indeed is willing, but the flesh is weak.” (Matthew 26:41) Basically, plead with God to not even allow you to get into tempting situations, because YOU ARE WEAK. You will fall. All you need is a push. Just given the right circumstances....and you'll cave.

See, there's this prideful streak that we have in our hearts that make us think, "Oh, I'm fine. When temptation comes, I'll just say no, right? I'm a strong person." But biblically, that's just not true. It's like what Gandalf says in the mines of Moria about the Balrog, "This foe is beyond any of you. Run!"

What does it look like to flee? Perhaps the story of Joseph in Genesis 39 is a helpful case study. Potiphar's wife was hitting on Joseph nonstop, trying to get him to sleep with her. Every time Joseph refused, and in Genesis 39:10 it says he wouldn't even be in the same room with her. Finally, she grabs hold of him, basically forcing herself on him. What does he do? RUNS AWAY. Apparently he has a hard time getting away because in the process of getting out of there she manages to rip off some of his clothes. Yikes! Joseph FLED. He got out of there. He knew that temptation was a dangerous foe too strong for him to fight. So he ran. Not as a coward, but as a wise godly man.

So what might be some applications?
What does this look like practically in our lives to obey the Scripture and "flee"? 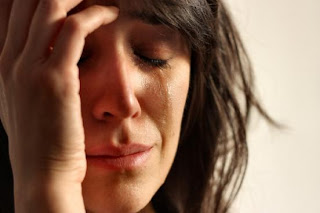 "This was to fulfill what was spoken by the prophet Isaiah: 'He took our illnesses and bore our diseases.'" - Matthew 8:17 ESV

The Cross of Christ goes deeper than we expect: Jesus died not just to forgive the guilt of sin, but also to cleanse us from the shame of sin.

Shame is a complicated thing, and seems much deeper than the feeling of guilt. When you do something wrong, you feel guilt because your actions, words, behavior are wrong. But shame makes you feel that YOU are wrong. You're a wrong person, you're defiled, stained, marred, there's something that you carry around with you that causes you to hate yourself. This kind of shame is not easily resolved like guilt would be, because with guilt you can just stop those behaviors, but with shame you can't stop being YOU. And to further complicate matters, shame comes in two forms:


So how does Jesus heal our shame? What hope does the Scripture give us? How do we begin to walk in freedom and newness of life? The answer is the Cross, which is one of the most extreme examples of shame. Authors Justin and Lindsey Holcomb write, “The story of Jesus on the cross is a story of victimization and shame. He was sentenced to death in the most shameful manner possible – naked and on a cross outside the city gates. Crucifixion was for the scum of the earth, and Jesus voluntarily became a part of the dregs himself.” (Rid of My Disgrace, page 95). Jesus identifies with the ashamed, providing solidarity to victims with the empathetic comfort that He Himself knows the experience. But more than that, the Cross is THE solution to our experience of shame, because of the cleansing that it accomplishes in two ways:


So then how should we live? How can we walk in the newness of life that Jesus offers in cleansing our shame? Here are three practical applications:

The good news of the gospel is that Jesus heals our shame and cleanses us from all unrighteousness! But it is a daily battle to believe this truth and fight against the lies of Satan as he continually tries to enslave us again and again to the prison of shame. It is a fight - a relentless fight - to remember the gospel and walk in the pure cleansing that Christ has purchased for us. May God strengthen you today to walk FREE, with the blood of Jesus cleansing your shame.

Healed and healing,
The Relentless Fight

PS: For further study on how Jesus heals our shame, check out the excellent book Rid of My Disgrace.

Posted by The Relentless Fight at 9:05 PM No comments: 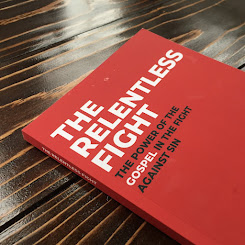